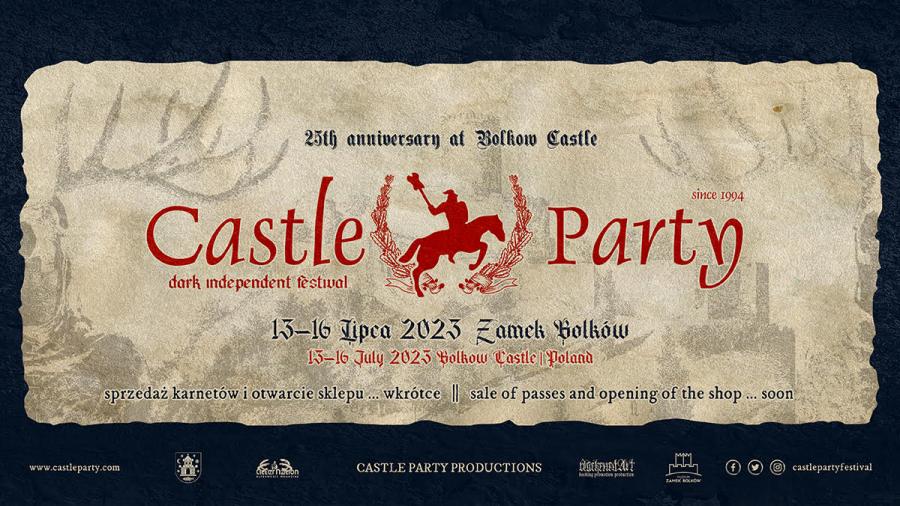 2022-10-12 Dobermann
Dear Castle Part fans, this year we were silent for a long time, so you had time to create about thirty conspiracy theories, unfortunately we have to spoil your fun because we are officially starting the next edition of the festival!
We will start modestly by giving you four important pieces of information:
In conclusion: don't believe the nonsense that some people write on the Internet and you can slowly put aside your budget for next year, book accommodations and rub your paws for the official video of this year's edition, more information about CP2023 and the store:)